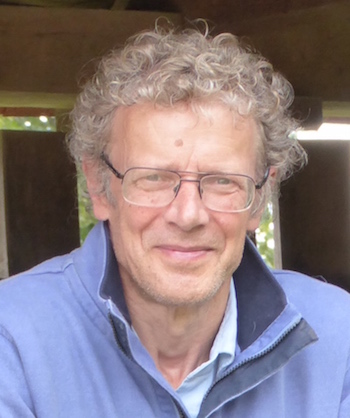 Born in Edinburgh, Henry Herford read Classics and English at Cambridge before training at the Royal Northern College of Music, where he won the Gold Medal for Singing. His operatic career began at Glyndebourne with the Forester The Cunning Little Vixen under Simon Rattle, and he has since performed around 80 roles with opera companies throughout Britain and Europe, including Covent Garden, Glyndebourne and Scottish Opera, notably the Count Figaro, Guglielmo Cosi, Don Giovanni, Germont Traviata, Silvio Pagliacci, Dr Falke Fledermaus, and Smirnov The Bear. Recordings include Demetrius A Midsummer Night's Dream and multiple roles in Maxwell Davies' Resurrection, as well as TV productions of Maxwell Davies' The Lighthouse and Osborne's The Electrification of the Soviet Union.

In oratorio he has sung under Rattle, Menuhin, Andrew Davis, Gardiner, Willcocks, Hickox and Tilson Thomas, in Europe, the Americas and Hong Kong, and has twice appeared as soloist at The Last Night of the Proms.

As a recitalist he has won international awards in Britain (The Benson & Hedges Prize at The Maltings, Snape, Aldeburgh), and America (The International American Music Competition at Carnegie Hall, New York, where he was partnered by Robin Bowman) and Holland(s'Hertogenbosch). He has performed with the Nash Ensemble, the Songmakers' Almanac, the Endymion and Koenig Ensembles, Lontano, the Lindsay Quartet and Ensemble Modern. First performances have included works by Benjamin Britten, Havergal Brian, Raymond Warren, Stephen Oliver, Nigel Osborne, David Matthews, Peter Dickinson, Peter Maxwell Davies and many others.

His recordings cover a wide repertoire from baroque opera to 20th-century English and American song, including a 2-CD set of the songs of Charles Ives (accompanied by Robin Bowman), which won the Music Retailers' Record of the Year award.

He teaches voice and song repertoire at the Royal Northern College of Music and the Royal Birmingham Conservatoire. He also examines and adjudicates at the major music colleges.